Samba is my Brazilian Bombshell!!!   Because I knew and admired her mother and her grandmother, I was excited to hear about her birth even so far away.   Samba’s mother and father are both Brazilian Champions and Katano, her father is the #1 Ridgeback in Brazil.  He was featured on the cover of the March 2007 Ridgeback Register!!!  Samba was the pick of the litter female out of a very, very genetically clean litter of 12.   She is a very dark red and is a big girl with lots of bone and muscle mass!!!   She has a wonderful, kind and gentle personality, so happy go lucky and eager to please.   She started showing in conformation as a puppy and earned both her Int'l and AKC championship by the fall of 2008 despite her obvious confusion as to why it was necessary for us to run around in circles all the time!   Samba enjoys playing with the puppies and napping under the pines - a ridgeback doing what they do best!!

In 2013, my doctor (a serious dog lover) couldn't stand not having a ridge back any longer!!  He had been out a number of times to meet the dogs and just learn how to let a Ridge back love you.  In particular, he and Samba just hit it off!!  I think they are kindred spirits!  Sooooo... one day she just got in his car and they went home!  She is soooooo loved and I get to puppy sit her whenever they go out of town!! 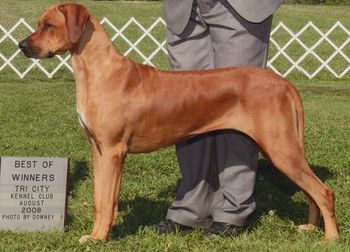 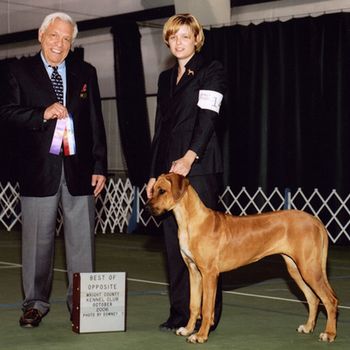 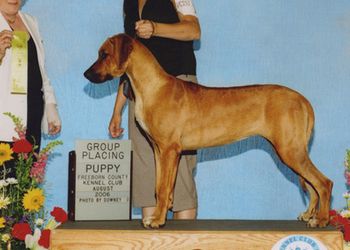 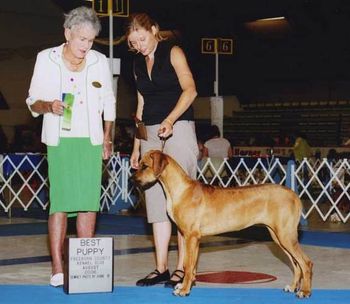 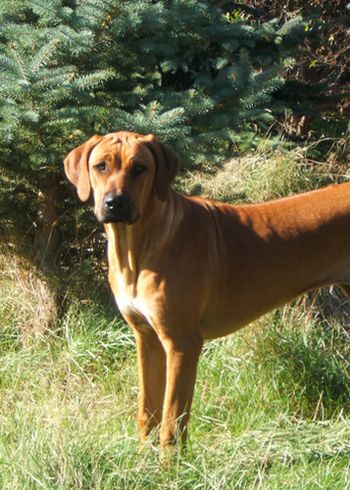 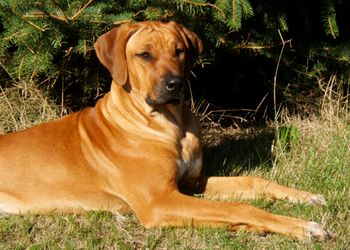 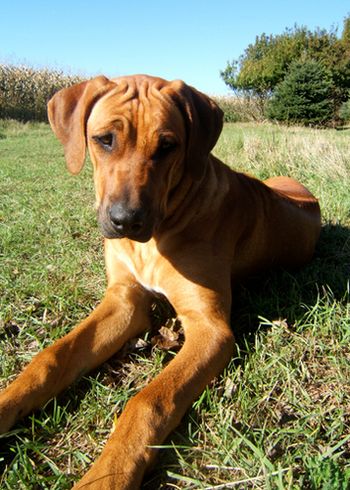 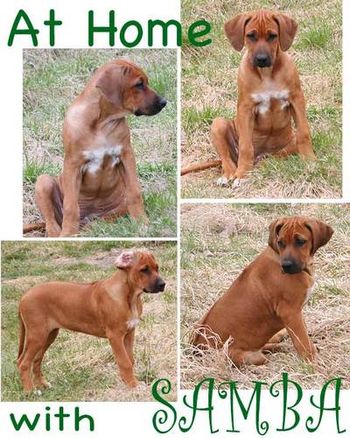 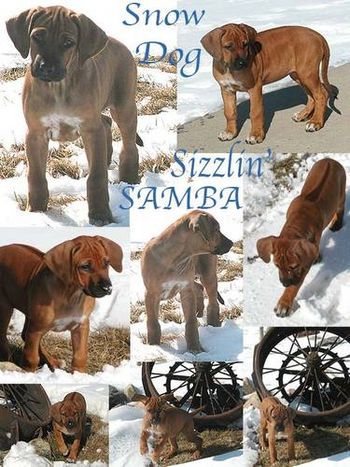 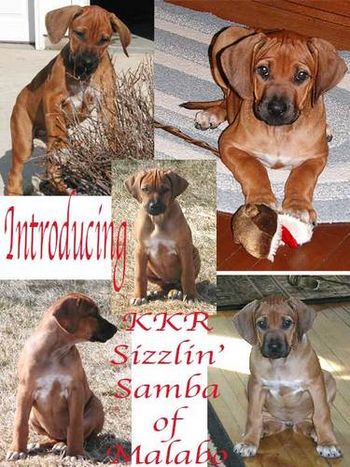 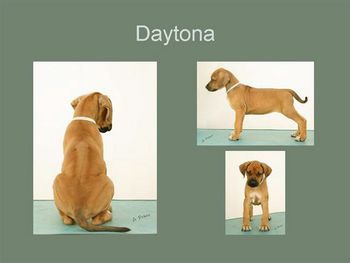