"DeLorean" or "Lori", much like her father Rocky,(AKC Grand Champion KKR Muzari Cante Wacipi of Badlands) is one of those rare show dogs that rarely ever lost in the conformation ring, and went from being in the ring for the first time to being a Grand Champion in only a few months of being shown.  She seldomly lost, and then only to her father or her cousin, the beautiful Miss Lily, CH KKR Devine Ms Lily in a Dakota Moon, or her sister CH KKR Lamark's Classic Crush.  She is a deep mahogany red with a minimal black mask and no white - a solid red dog!!!  In addition to being very pretty and correctly put together, she has a wicked sharp mind and lots of drive to do whatever you are doing.   She loves to hunt, points fairly regularly, and is really FAST!!!  Squirrels and rabbits had better be on the top of their game or it will not end well for them!!  Lori is also a LOVER.  She has never met a stranger, loves everybody and everything and has an endless enthusiasm for everything she does or is asked to do.   As beautiful on the inside as she is on the outside.

In 2016, a friend who already raised 2 of my grand puppies talked me into letting them have Lori. Now, she gets to run and hunt all she wants on 100 acres of glorious Minnesota wooded grasslands with her 2 partners in crime.  Her contribution to our journey is AKC Bronze Grand CH KKR Lamark's Back Breaking Bane JC (Junior Courser), and Echo, our first Service Dog, who has been a life altering contribution to her family.  Doesn't get any better than that!! 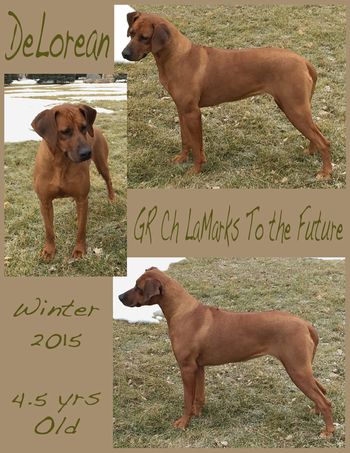 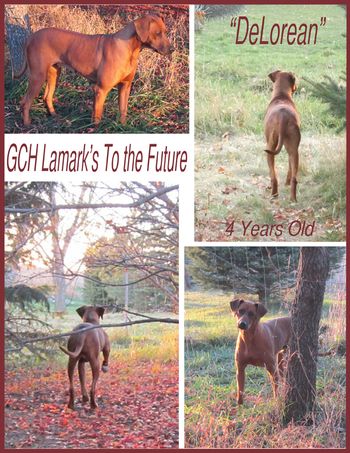 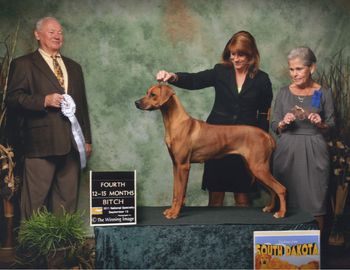 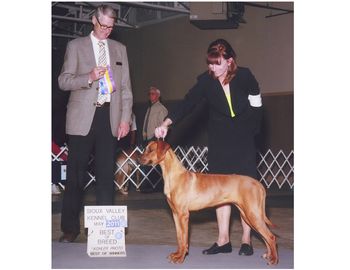 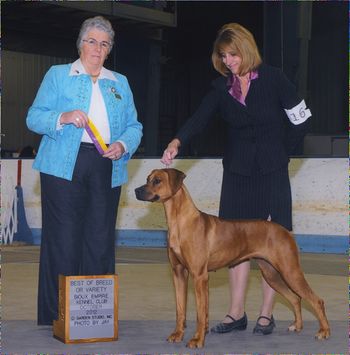 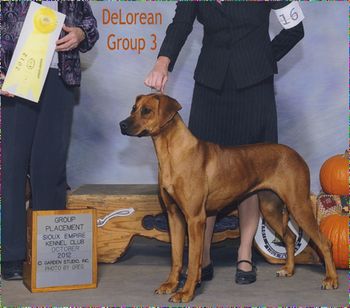