"Rocky" was a gift that dropped into my lap in March 2011.  I bred his mother, Paris, (a daughter of Mink and a full sibling of Mini Me and Foxey), and placed her with a friend in Florida with the agreement that a puppy would come back to me someday.  Paris was bred to "Skipper", CH Westwood Captain In Command ROM, who was ranked Top Ten Ridgeback in his prime, and I decided to have the pick male come back to SD.  For the first 2.5 years of his life, Rocky lived with a friend of mine and her young sons enjoying hiking, biking, hunting and loving life in rural SD.  In March of 2011, we decided it was time for Rocky to go into the conformation ring for the first time in his life.  He was entered in his first show ever in April 2011, and 5 shows later with 4 majors, he was a finished AKC Champion!  By mid August 2011, in just 4 months of showing, he became my first ever AKC GRAND Champion!!!  In September 2011, Rocky showed at the Rhodesian Ridgeback National Specialty in Rapid City, SD, and from a class of over 70 Champion and Grand Champion males - the BEST Ridgebacks from all over the World! - Rocky was pulled for the Top 25!!!  We were ecstatic!!!  The BEST thing about Rocky is he is a sweet, kind and gentle man who loves children and has never met a stranger.  I have never heard him growl and rarely does he bark - gotta be something REALLY exciting to get a peep out of him!  He loves being on the show road and playing with his Papillion and Sheltie companions.  Rocky has been a joy to learn to love and live with.  GREAT things were ahead for him as a daddy too. One of his sons, Bane, is our first ever Bronze Grand Champion.  He like his father, is a sweet and gentle boy, but unlike his father LOVES to hunt, lurecourse and track for sheds. His daughters, GoGo and Twist, carry on his temperament, clean genetics, and his zest for life!

In 2015, the family who had GoGo lost the puppy they had gotten from me 11 years earlier.  They came to me with a sad tale of how lonesome GoGo was alone and wondered if they could take Rocky, whom she adored, home with them.  How could I resist that plea, so Rocky lives at the junction of the Missouri and the Sioux rivers with a view to die for! 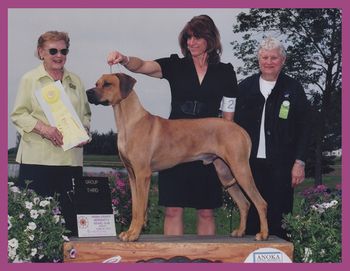 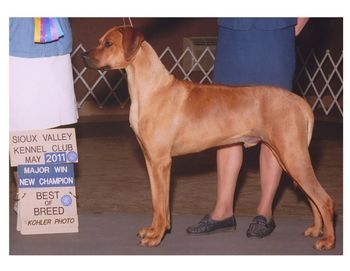 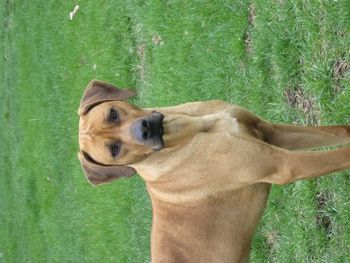 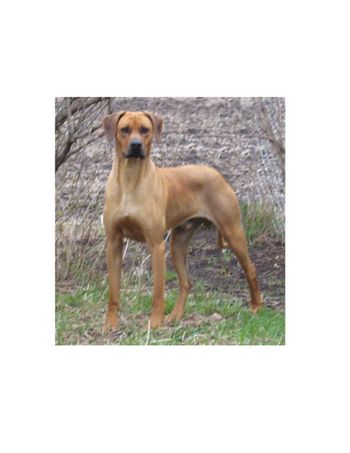 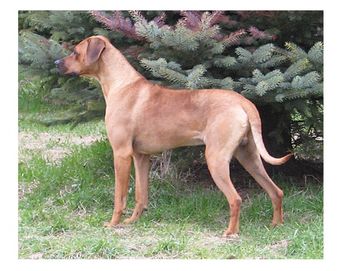 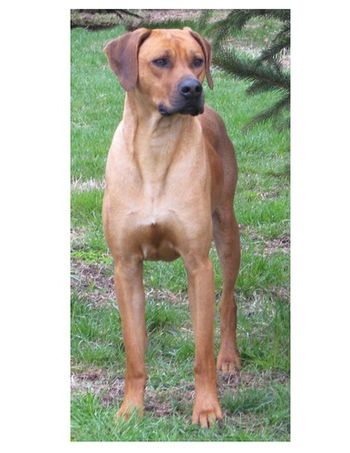 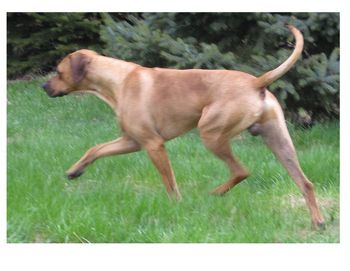 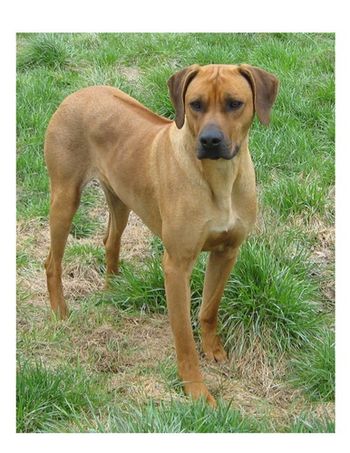 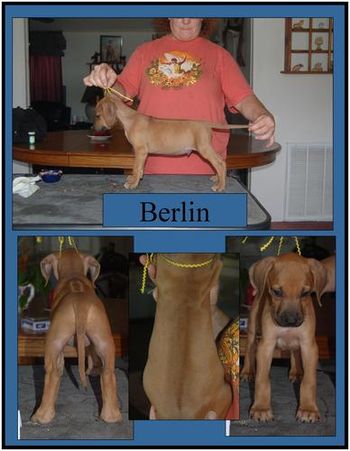 Rocky at 8 weeks when he was known as "Berlin" from the "Cities Litter".