AKC & INT'L BIS CH KKR I THINK I CAN I THINK I CAN
Can Can is a rarity for me - she actually likes, no LOVES, to be shown in conformation!  (I think my dogs know that I don't like conformation all that much and have picked up on my attitude!  As I tell my new puppy families all the time, "be careful what you teach your dog -  intentionally or otherwise!)  I digress!  Can Can actually loves EVERYTHING.  She is the most eager to please dog you could ever hope for, and will truly DIE trying to please you.  She just never does anything wrong!   Because Can Can loves to show off, she SHOCKED us all by winning BEST IN SHOW while attaining her International Champion title!  We all screamed and cried when the judges handed her that enormous ribbon!  Then we cried some more!  In September of 2011, Can Can won Junior Showmanship with her VERY talented handler, Tanner Clark, at the RRCUS National Specialty in Rapid City, SD.  She also made the top 25 cut in the Open Female class which was REALLY sweet too!!  When she won her AKC Champion title, she was her mother, Mink's, 5th AKC Champion which means her mother earned the elusive ROM - Register of Merit!!!  Can Can surprised no one by being an amazing mother just like everything else she did.  She was first bred to 'Skipper' (CH Captain in Command) who was the #1 Ridgeback in the US in his prime, producing the lovely LuLu along with 9 other flawless pups in the Dr Suess litter.  Then she was bred to Skipper's son, my Rocky, and produced the little powerhouse Twist.
In 2015, one of my puppy families from CO had just lost their beloved old boy, Atlas.  They wanted another Ridgeback to fill the spot in front of the sofa, and came to me hoping for an adult.  They left a few days later with both Can Can and her father, Walley!!  They couldn't decide between the two of them, and didn't want to separate them so they both got to live in the most beautiful state ever!! I cried and cried, and missed both of them for days, weeks, still.
In 2017, our beloved Can Can lost her battle with lymphoma.  Our hearts are broken - even Walley - who looks for her every day. The only two females I own and that live with me are CanCan's daughters, LuLu and Twist.  I loved her so and I owe her, I owe her.  Her big old stupid Best in Show ribbon hangs on the office wall.
Registration #: HP254467/10
Callname: Can Can
Sire: Int'l & AKC Ch KKR Wolfgang Waltz with Jakona - "Walley"
Dam: KKR Flamenco Rhythm - "Mink"
DOB: 04/05/07
Color: Red Wheaten
Height: 24 inches
Weight: 85 pounds
Breeder: June Greenwood
Owner: June Greenwood
OFA Hips - Excellent
OFA Elbows - Normal
Penn Hip: 26/26, 80th %
Cardiac: Normal
CERF: Normal
Thyroid: Normal
Degenerative Myelopathy (DM): Cleared by Parentage 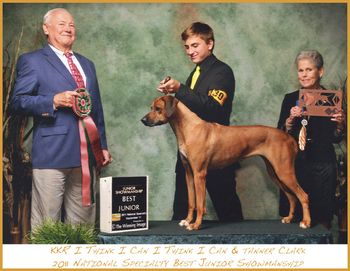 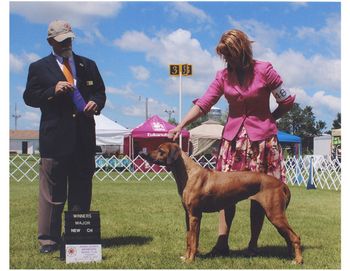 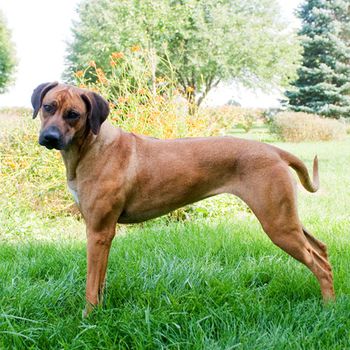 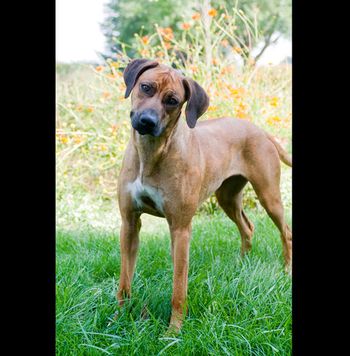 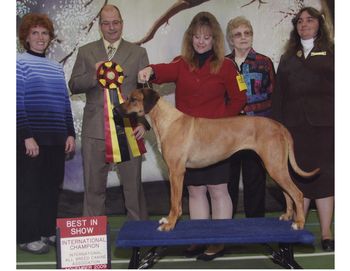 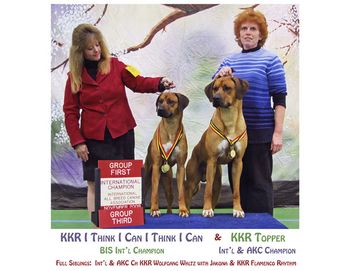 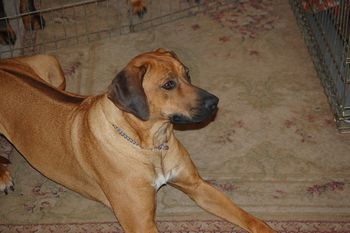 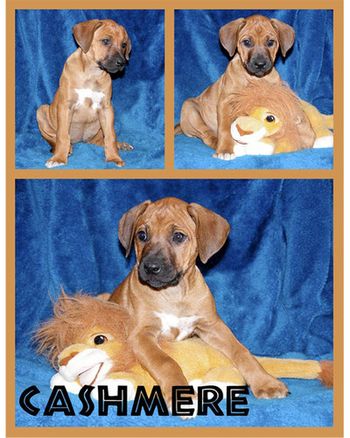 Litter name! - Cashmere from the "Puttin' on the Ritz" Litter 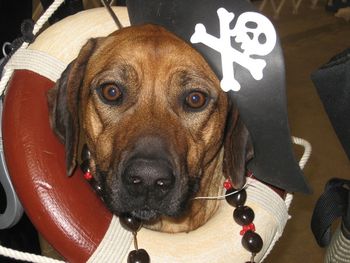 Halloween at Volunteers of America