Walley is a first for me – an out cross male that I purchased!!!  I looked for almost a year for the pup I wanted with the right termperment, genetic background and conformation.  No disappointments in any way so far!!!  He finished his AKC Championship title at the ripe old age of 17 months by going Best of Winners & Best of Opposite Sex for a 5 point major.  He easily won his Int'l Champion title as well going Best of Breed under all three judges and winning either a Group 2 or 3 as well.  He is a big galoot, friendly and easy going, and quite the show off!!   Walley is no longer showing in confirmation, he leaves that up to his puppies and soon to be grand puppies!  One of his sons, Topper, finished his AKC Championship at only 9 months of age by taking a Group 1 and going into the Best In Show ring against mature and experienced dogs - what a rush!!!  A daughter, Can Can, won an International Best In Show, so along with a number of other offspring Walley has been everything I hoped he could be as far as a conformation dog.  Walley qualified for his HRQ1 (see www.thehra.com) certificate at the first EVER bird dog hunt qualifier held in South Dakota in October 2007 by scoring high enough in tracking, scenting, marking, and flushing quail to be the first Ridgeback male EVER to earn a bird dog certification.  Today, besides being a fabulous hunting partner, he still loves attention, going for rides in the car, and getting the girls geared up for some sort of game.  He ‘helps’ me teach 4-H obedience by being the demo dog and he likes to go on our therapy dog visits at the youth facilities.  Kids just seem to LOVE Walley and vice versa!!  I could not have hoped for a more beautiful, healthier, better companion to continue our efforts to strive for excellence.
Walley has been such an extraordinary addition to our family.  He has become a kind and gentle roll model for all the youngsters whose energy is reminiscent of his!!  He has stamped his puppies with his kind and gentle nature and made a marked impression on our entire pack of 4 legged kids.  CanCan, Jitterbug, Topper, Gracie, GoGo - all Walley's!!  Grand puppies - Neo, Harley, Trinity, LuLu, Twist.  Great grand puppies - BeeGee, Penny, Rukiya, and upcoming Safiri, Boze, Jig.  These are just his contribution to MY life!  The love and joy he brought to so many puppy families is endless!!
In 2015, Walley and his daughter CanCan, got to go live in CO with one of my puppy families who had just lost their beloved old boy.  They came hoping for an adult to love and went home with two adults to love!  As heartbreaking as it is, I know getting 100% of a new families time is WAAAAY better than 10% of mine.  Both Walley and CanCan deserved better than me.  So hard to do, but the right thing to do.
In 2017, only a few months after his daughter CanCan passed away, so did Walley.  I think his heart was just broken - he missed her so.  I can not thank Eddie and her family enough for the love and care they gave both CanCan and Walley.  Walley was my inspiration for the signature line I use on every email I send.  "Please God, let me be the person my dog thinks I am."
I try Walley - every day!!
Registration #: HP19586304
Callname: Walley
Sire: CH Olympus Carry on Wayward Son - "Cody"
Dam: La Finca's Maggie May - "Maggie"
DOB: 01/02/06
Color: Wheaten
Height: 28 inches
Weight: 110 pounds
Breeder: Jeannie Armstrong
Owner: June Greenwood
OFA Hips - Good
OFA Elbows - Normal
PennHip: 23/29 70%
OFA Cardiac: Normal
Thryoid: Normal
CERF: Normal
Degenerative Myelopathy (DM):  Clear 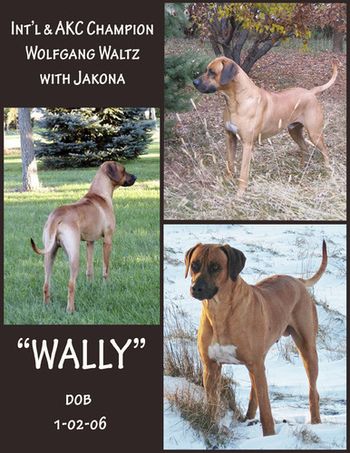 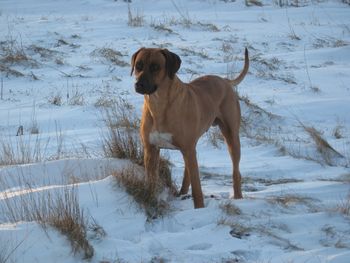 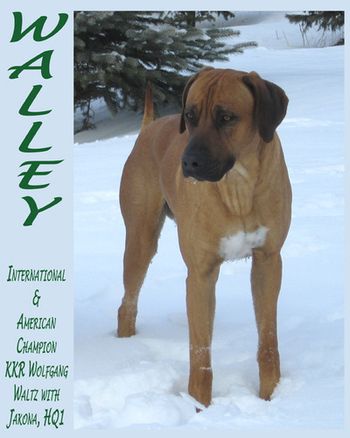 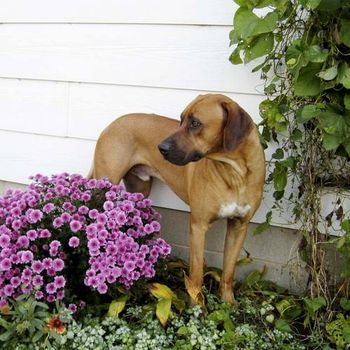 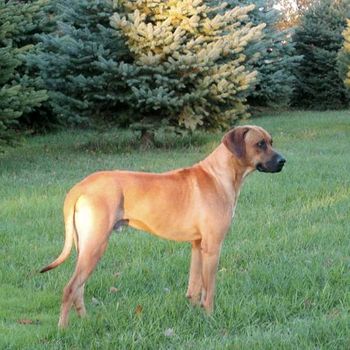 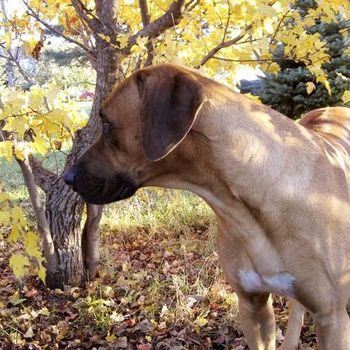 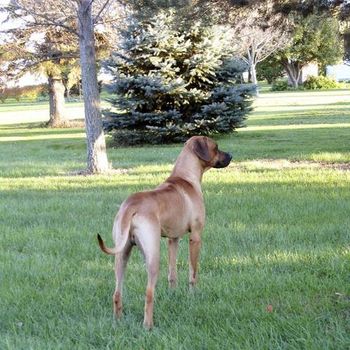 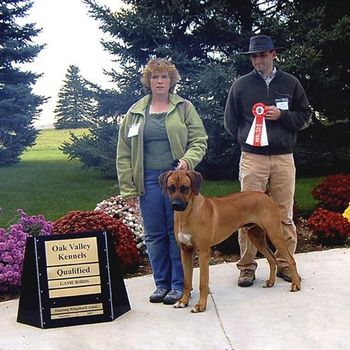 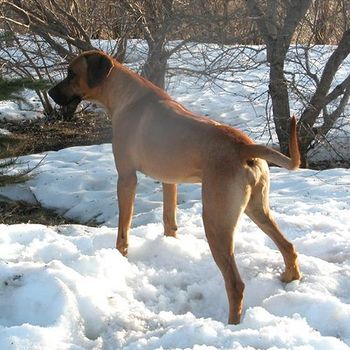 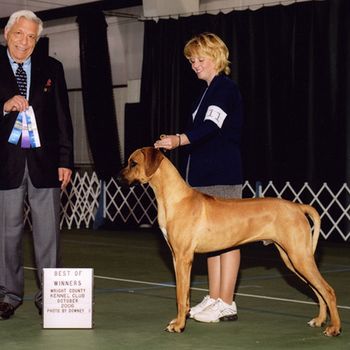 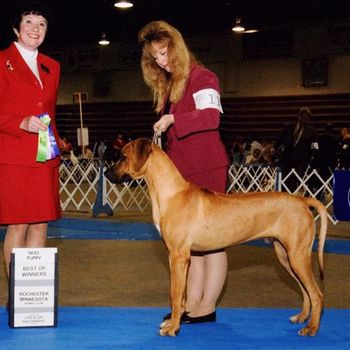 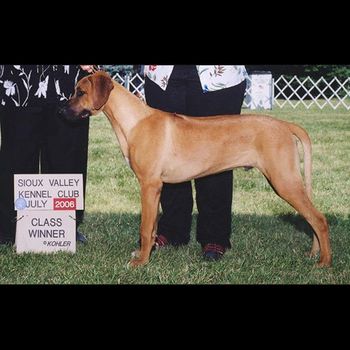 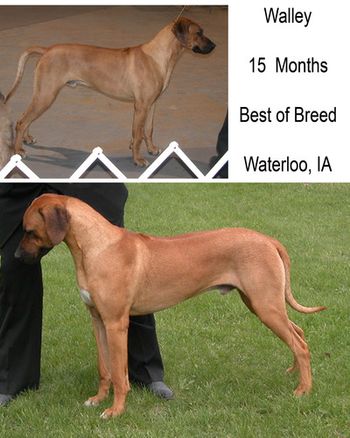 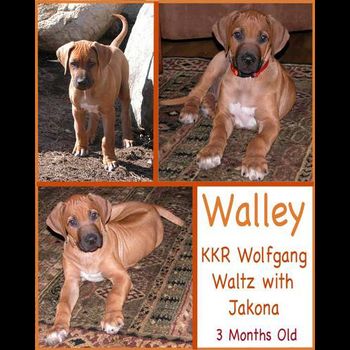 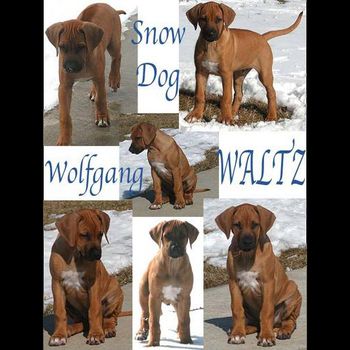