AKC, UKC & INT'L CH KKR YOU SHOULD BE DANCING CGC

"Bee Gee", formerly "Jace" from the Duck Dynasty litter, is our "VERY" dog. He is VERY tall. He is VERY muscular. He is VERY dark red. He is VERY black masked. He has a VERY impressive pedigree. He is VERY correct. He is VERY genetically sound. And most important of all, he is VERY kind and loving. A true 'gentle' man who has never met a stranger. Regularly, when he was on his way to his AKC, UKC, and International confirmation titles, judges commented on what a fantastic personality and temperament he has. He was shown only locally, but still earned his AKC championship just in time for his 2nd birthday. Only in one show in his entire AKC confirmation career did he NOT get 1st in his class. He was awarded Winners Dog 8 times, Best of Winners 3 times, Best of Opposite Sex 1 time, and and he was Reserve Winner (which is affectionately called "first loser " ) an amazing 16 times!! So close but no cigar!! At the international shows, he scored high enough in one weekend to earn his title AND a Reserve Best in Show! Last but not least, BeeGee was listed in the UKC top 10 Ridgebacks of the year. Having said all that, BeeGee gets to stay home now to just hang out on the farm with his other Ridgeback buddy's, the horses, the cats and of course his humans, Barb and Bill. 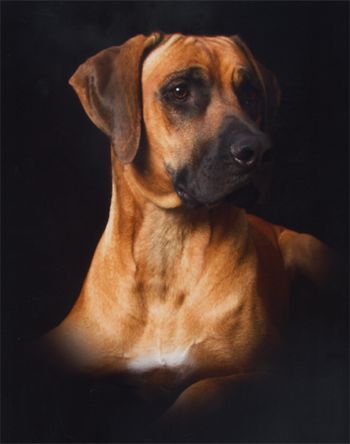 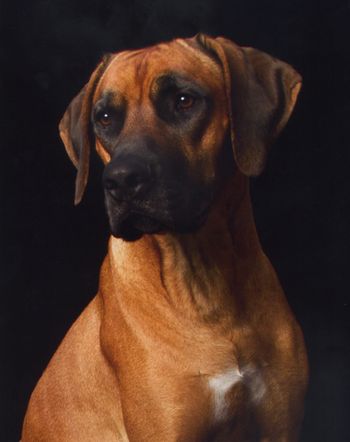 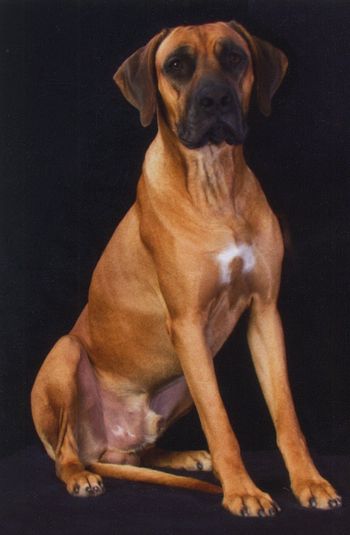 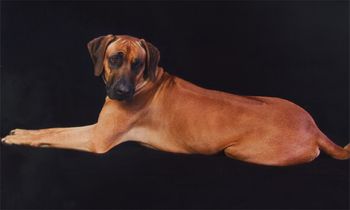 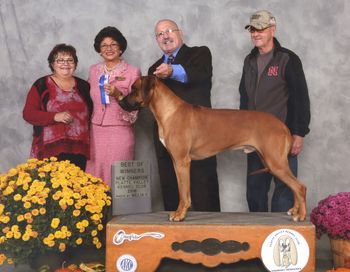 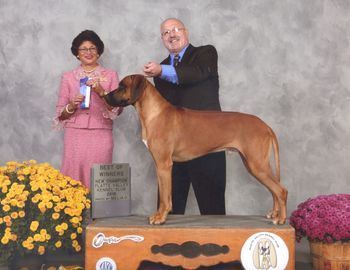 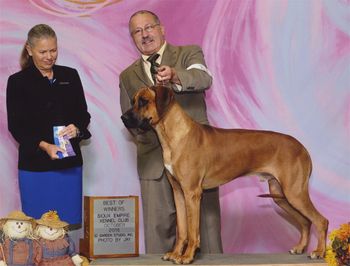 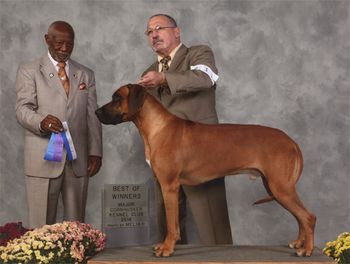 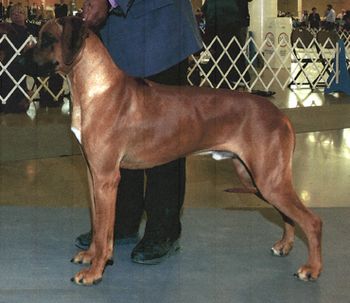 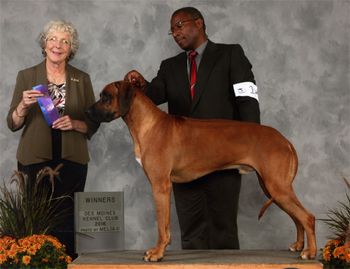 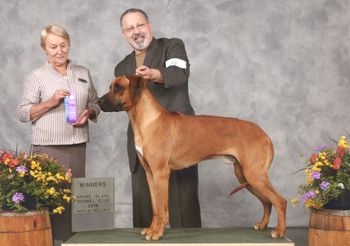 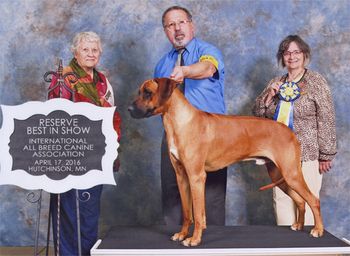 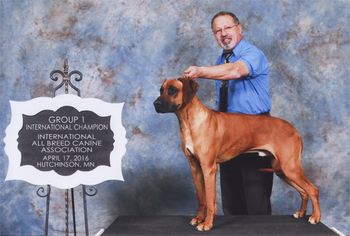 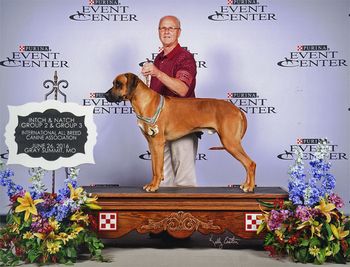 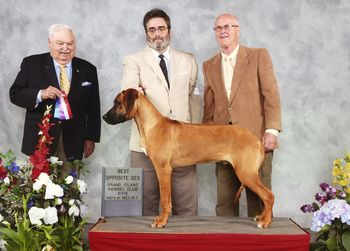 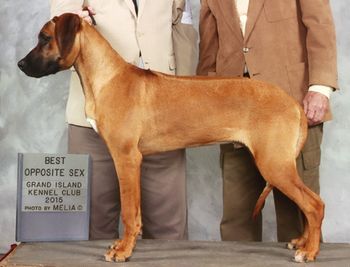 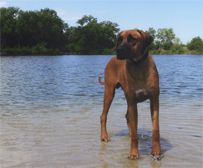 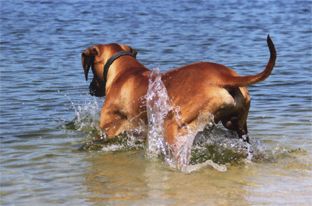 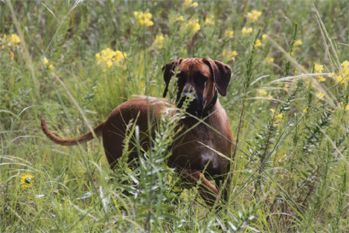 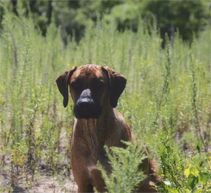 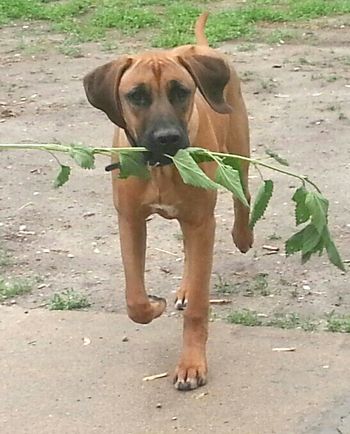 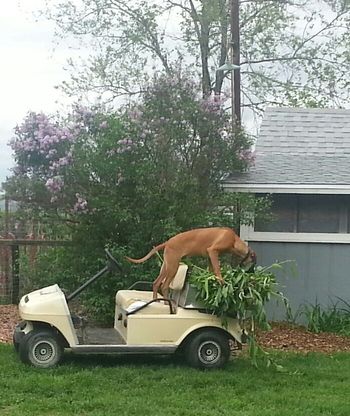 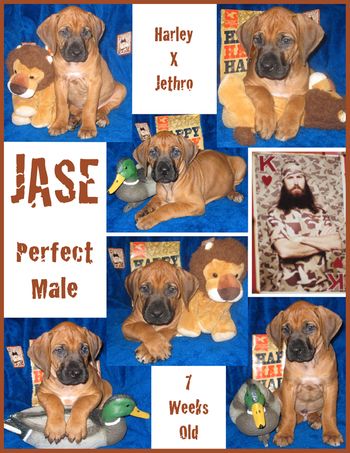 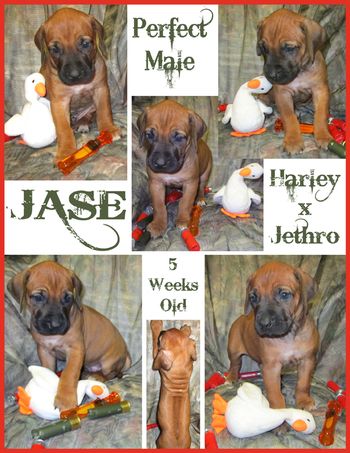