“Harley” is co-owned with my good friends, Lindsay and Ryan Ranschau and their 3 year old twin daughters, Stella & Elsie.   Harley is their first Ridgeback, their first dog as a newly married couple, and therefore their first ‘child’!!  Harley got her name from Lindsay and Ryan’s love for Harley Davidson motorcycles!  The couple doesn't actually own any motorcycles- it was Lindsay's comment to Ryan that this would be the only "Harley" Ryan would ever own so he best take care of her!   Harley is a daughter of Phoenix and Topper which makes her a litter mate to Neo, one of our champion males. Harley’s conformation show career was quick and easy, finishing her Championship at the same show, on the same day as her brother, Neo.  We had a good day at the show that day!!   Harley is a wonderful caregiver to her ‘girls’, enjoys going for walks with them, and going for rides in the pickup out to the family farm where she can run to her hearts content.  And she loves to run!!  Best of all, she loves the family bike rides and is at the door in seconds when someone dares to speak "bike ride"!  Harley has a very typical Ridgeback personality – goofy, fun, smart, intensely loyal to her family and so willing to please, yet just enough of the ‘is this OK with you?’ presence that keeps her family feeling safe.

Harley retired in 2017.  She now has 3 little girls to love on her and her family has moved on to warmer pastures where I am sure they will all enjoy! 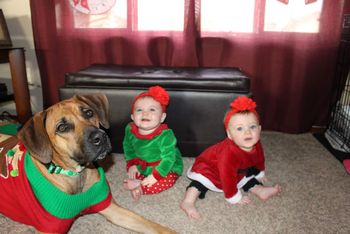 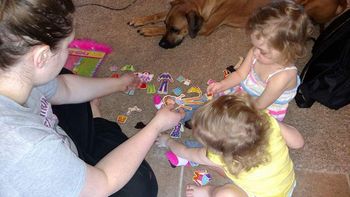 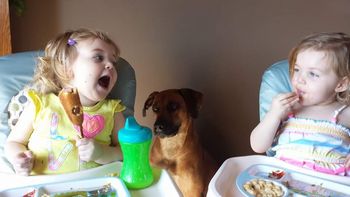 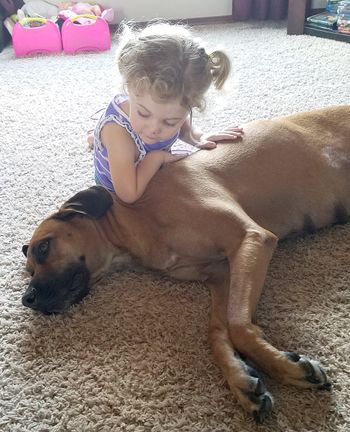 Harley with her girl 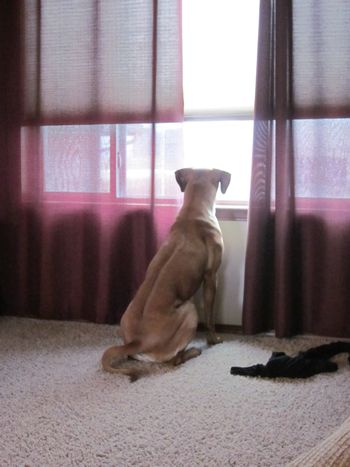 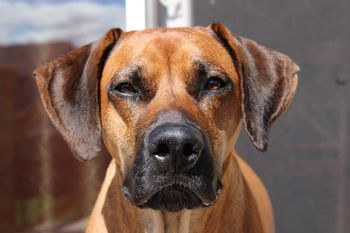 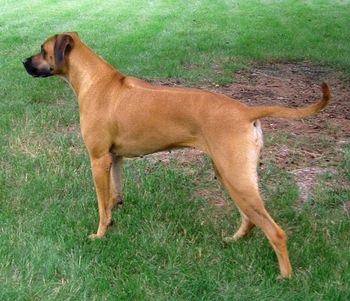 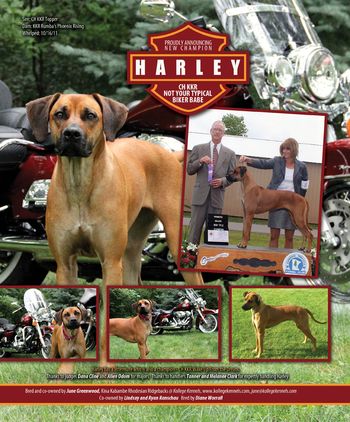 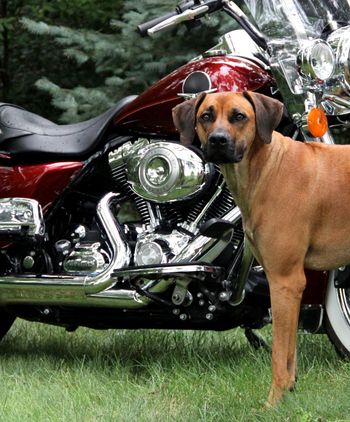 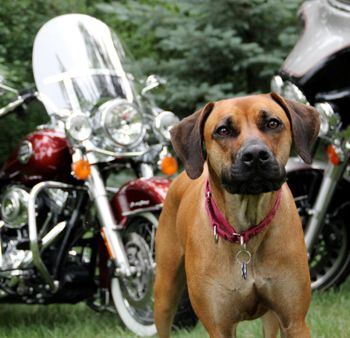 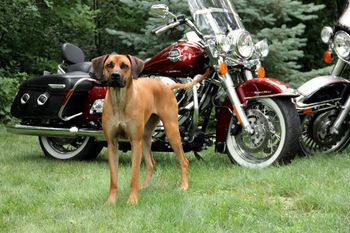 Harley with the Harley 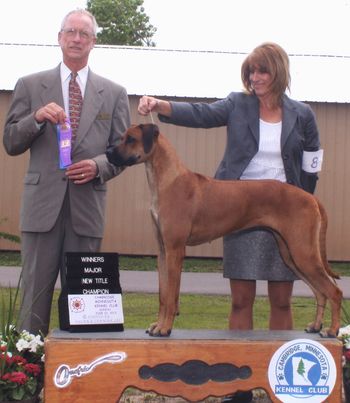 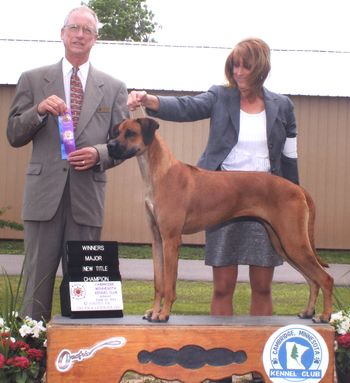 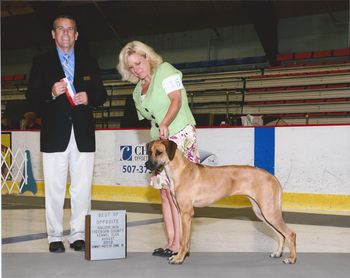 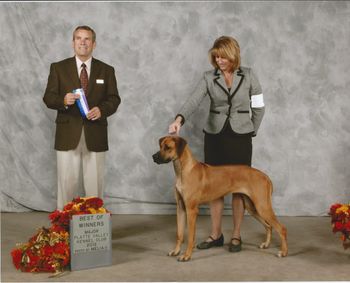 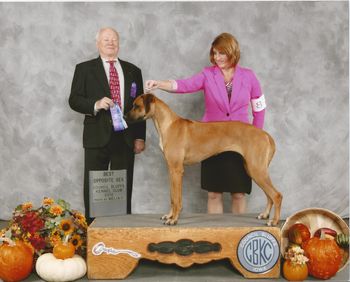 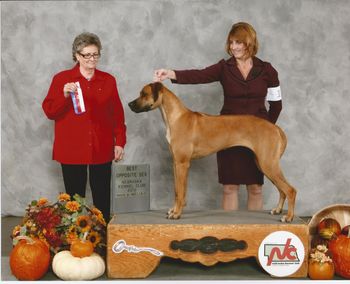 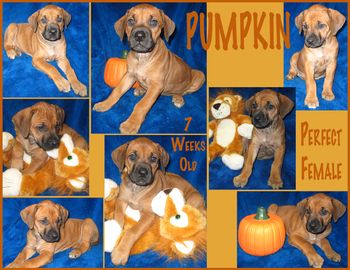 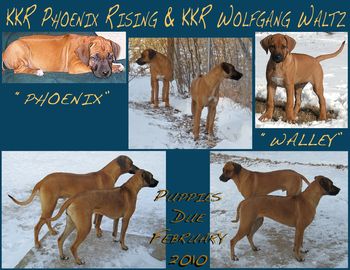 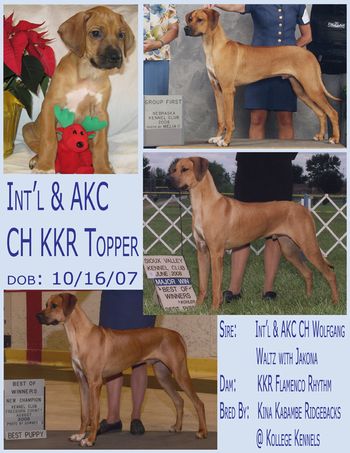 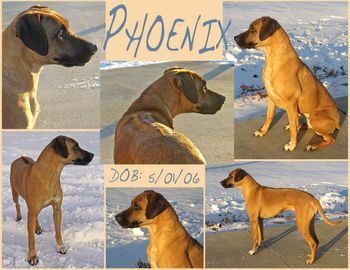